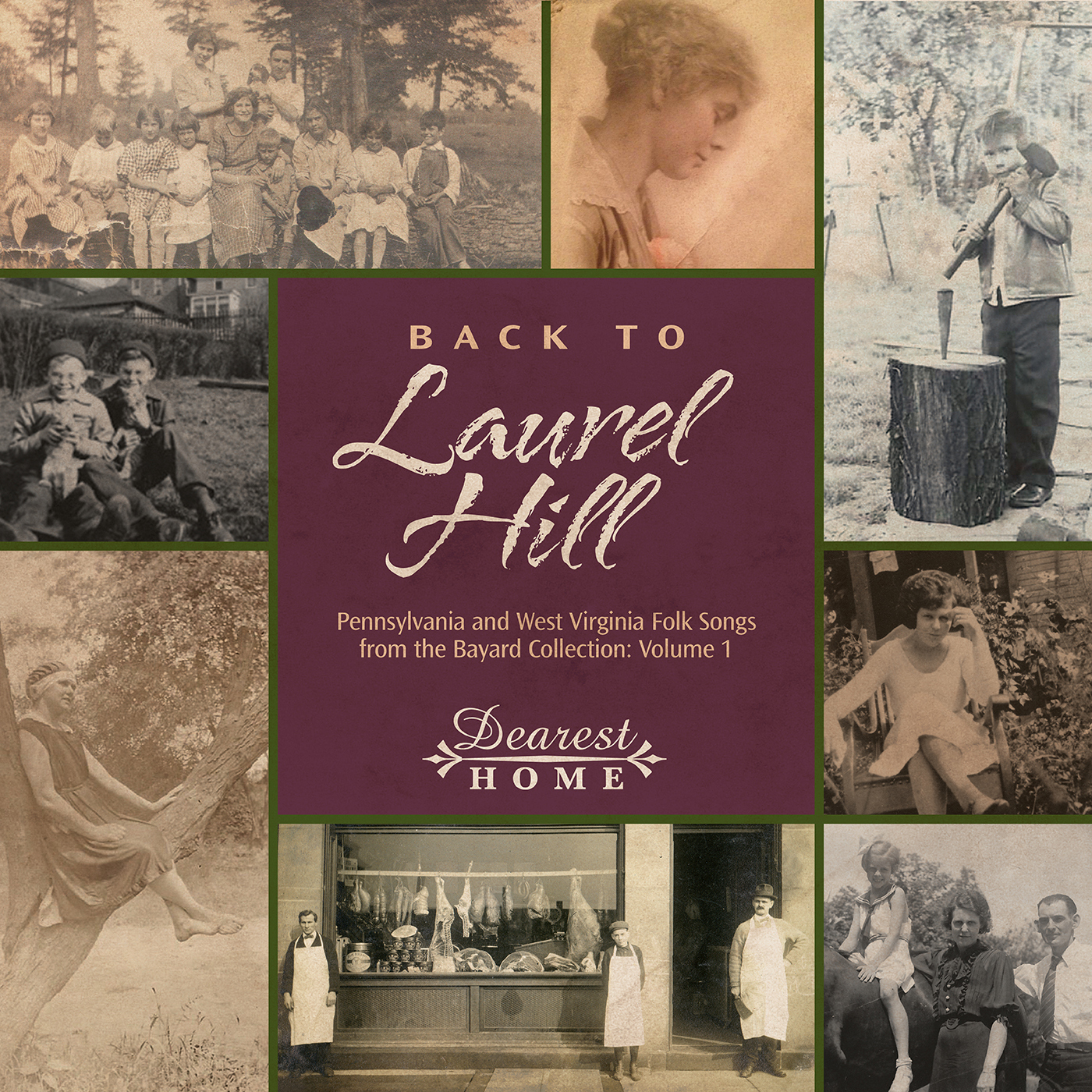 Back to Laurel Hill,
Pennsylvania and West Virginia Folk Songs from the Bayard Collection:
Volume 1

Lightning flashed as rain descended. Electric power failed, and the batteries in the CD player were dead. So Beth Folkemer followed her friend Carl Rahkonen, Indiana University music librarian, to his car to listen to a 1948 field recording from rural Pennsylvania. Beth quickly identified Northern Appalachian versions of ballads from Scotland, Ireland and England. Back to Laurel Hill, Pennsylvania and West Virginia Folk Songs from the Bayard Collection: Volume 1, was born! The album’s official US release is slated for Nov. 13, 5:30-8:00 pm, at Gallery 50, 50 West Main Street, Waynesboro, PA, during Destination ARTS! The album was released in Great Britain when Dearest Home performed at festivals there in July and August.

The songs Beth heard on that wet afternoon were only a few drops from the wellspring of traditional music that late Penn State professor, Samuel Bayard, collected in Pennsylvania and West Virginia. The recordings that Carl had recently digitized contained only pieces from the late 1940s through the early 1960s. Bayard had collected most of his songs, ballads and spirituals over the 18 years before this period, patiently taking them down by ear. Only about a dozen folk songs had been published—the rest lay dormant in library archive boxes at State College.

It wasn’t long until Beth began regular trips to State College, where she dived into boxes of notebooks, transcriptions, index cards, articles and lecture notes. The raw materials were there, but tunes, their lyrics, and information about their singers were separated. She unearthed a table of contents for the book Sam Bayard was preparing, but the numerous notebooks were not indexed. Only slowly was she was able to reunite musical notes and words. At the same time, she perused every ballad and folk song collection she could find, comparing and contrasting Bayard’s versions with others’. 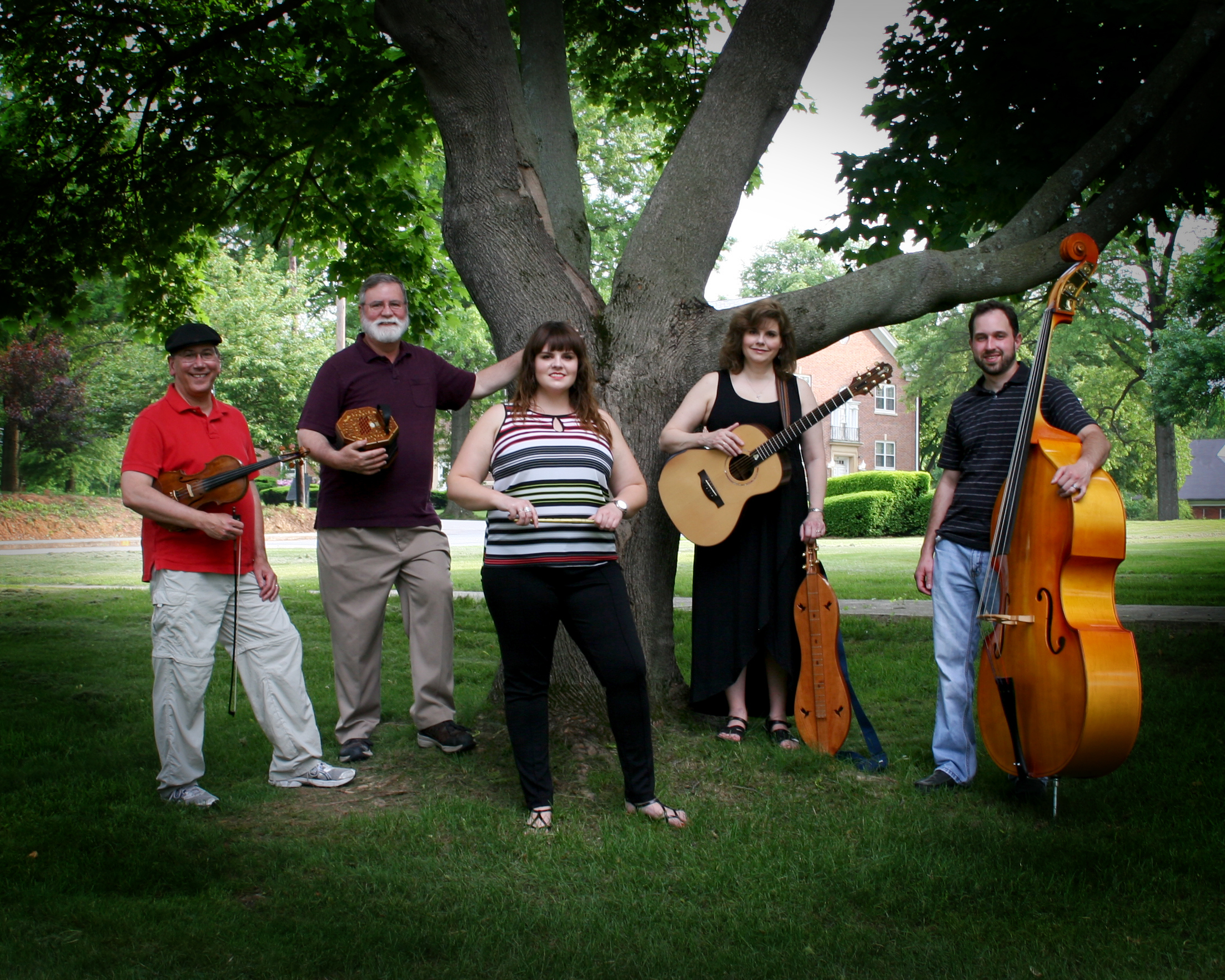 A year later, research was sufficiently underway that the Folkemer Family Band, which included Beth, her husband Stephen and their three young-adult children, Joel, Margaret and Nathan, began to perform and teach material from the Samuel Bayard Folk Song Collection. But as the work progressed, the Folkemer sons moved on to other responsibilities. By then the project had become Beth’s passion. So, in 2011, the band Dearest Home came together to perform Appalachian music, especially from North and North Central Appalachia, as well as to present authentic Civil War era music, another keen interest. Today Chuck Krepley, vocals, fiddle, and banjo, and Chris Barnabei, acoustic bass, round out the roster that still includes Margaret, vocals and pennywhistle, Stephen, vocals, concertina, and keyboards, and Beth, vocals, guitar, and mountain dulcimer.

The traditional folk songs that Sam Bayard found represent a musically rich, but oft-neglected region. This is especially true for Pennsylvania, which few people think of as an Appalachian state. Among the source singers he visited, Bayard heard the interplay of northern and southern American traditions, as well as obvious kinship with songs across the ocean, some narratives taking place in Ireland, Scotland and England. Now, despite the march of time, farmers, loggers, soldiers, sailors, parents, children, lovers, and believers spring to life, their tales leaping out of the box and into the ear as Dearest Home gives voice to the music Bayard preserved.

Dearest Home presents live music from the Bayard Folk Song Collection at concerts, festivals and workshops. This summer they performed for the Warwick Folk Festival in England, and the Marymass Folk Festival, and Edinburgh’s Wee Folk Club at the Royal Oak, in Scotland. Plans are in motion for two more discs drawn from the collection, along with songbooks and dulcimer tablature. An EP album of other favorite American folk songs, including selections from the Carter Family and Jean Ritchie, will be released during the coming months. The band released their self-titled debut album, featuring authentic Civil War era music, in 2013.